Does DJI Mini 3 Pro have Follow Me Feature? (ANSWERED)

It is already known that the DJI Mini series of drones do not have the Follow Me feature. The purpose for creating this series is to create light and compact models, so there isn’t enough room inside these models for new features like those found on other flagship DJI models. Now however, another mini-drone was released into this line – the DJI Mini 3 Pro. Is it possible to find the Follow Me function on this model?

The DJI Mini 3 Pro has an Active Track mode that automatically tracks the subject. The Mini 3 Pro is the first of its kind to include this feature in its Mini series drones, but it’s worth noting that it doesn’t come with Lateral Obstacle Avoidance Sensors like some other models do.

Learn more about DJI Mini 3 Pro’s Follow Me feature, how to use it and tips for safely using this innovative new technology.

Unlike Follow Me, Focus Track lets you create a green box surrounding the object to track. It will continue to follow the object within its visual range so long as it remains inside that bright-green square.

Do you need this feature if you buy a DJI Mini 3 Pro Drone? For the first time ever, DJI has included this function in their new drone, DJI Mini 3 Pro. The Mini 3 Pro includes an upgraded tracking system called Focus Track version 4.0, which is more accurate when following targets automatically. However, this drone can only track one target at a time; if you try to choose two targets for auto-following, the drone refuses to do so. I hope that they provide us with an updated firmware soon – perhaps it’ll improve the hit and miss process of focus tracking while balancing out some of its limitations such as lack of sideways obstacle detection capabilities that may affect the overall performance of this mini wonder!

Don’t activate follow-me mode if the Mini 3 Pro is flying in sideways directions because it lacks sensors that can avoid obstacles from those angles. Most drone crashes occur when the Drone moves in opposite directions of its original course, so make sure to pay attention to what direction you’re going before activating this function.

As an Intelligent Flight Mode, Follow Me is what Active Track 4.0 was developed for. It helps keep the drone focused on the subject while being able to change directions depending on where they go; all with a few 3D Obstacle Sensors thrown in there too. If you lose sight of your subject for even just a second, it’ll hover back at its original spot so you don’t have to worry about looking back and forth forever trying to find them again.

Note: In order to utilize the Follow Me function, first activate Focus Track. Tap and hold on an object within the Camera View until it turns blue (indicating focus), then release your finger. If you wish to end focus mode, turn off Focus Track by pressing the Flight Pause Button at the bottom of either Remote Controller (or) tapping Stop in DJI’s mobile app.

What can the DJI Mini 3 Pro ActiveTrack 4.0 track?

The Mini 3 Pro Focus Track 4.0 version is more accurate for tracking the subject during automatic flights. However, the Mini 3 Pro only tracks one person, car or boat at a time. If you are trying to select two subjects for tracking with the drone, it will refuse to track both subjects. Hopefully, a new firmware update can improve the Active track mode.

One limitation of the Mini 3 Pro is that it does not have side sensors for object avoidance.

The Mini 3 Pro does not have lateral obstacle avoidance sensors, so I would advise against using the follow-me feature if it is flying sideways. Most drone crashes happen when they move laterally, which indicates that people need to be careful while operating them.

How Fast Can the Mini 3 Pro Track a Subject?

The one major downside of Active Track 4.0 is that it can only track moving subjects up to a certain speed. When set to Follow Me mode, the Mini 3 Pro Active Track will stop following the subject if they are traveling at speeds higher than 39 mph (62 km/h). To test this out for myself, I tested it on bicycles and cars – hoping to find out how fast the Mini 3 Pro went when tracking the subject without breaking its focus.

So the quickest the Mini 3 Pro could go while both car and bike were tracked at just about 22.8 miles per hour was its maximum speed when it does focus tracking.

If the subject attempts to move too quickly for the Mini 3 Pro, it will no longer hover at that location; instead opting to stay still. This happened every time when I attempted this task from multiple angles.

Tracking accuracy at high speeds, then, depends on the Drone’s altitude while it flies. As you may know from experience, such tests don’t always produce consistent results; so don’t expect the Mini 3 Pro to fly after your subject at 22.8 miles per hour all the time. Things like wind speed and how high up the Drone is (or how low) will also affect how quickly it can keep up with an object or person on foot.

How to Use the Follow Me Feature in DJI Mini 3 Pro?

Using the Follow Me feature in DJI Mini 3 Pro requires some understanding of how to use Active Track 4.0 – a function that allows users to effortlessly track objects over long distances, while panning 360 degrees continuously. This is done by following these steps

The drone will follow the subject from a fixed distance when choosing the Trace option. The DJI Mini 3 Pro will automatically sense obstacles and adjust its flight path whenever necessary during this time of flight.

There are two additional focus modes for tracking subjects in DJI Mavic Pro 3. You can try them out when utilizing the Active Track function – one is Tracking Mode A and the other is Tracking Mode B. If you want to know what these two options do, keep reading.

When flying in Spotlight mode, you will be able to fully control the drone as it autonomously follows a designated subject. This enables you to add your own personal flair to any type of aerial footage that you capture.

Spotlights are automatically turned on once you make a big green box highlighting the subject of your device screen. In this mode, the drone will stay still while the person inside moves – it’s a mix between autonomous and manual flight controls.

Spotlights are always enabled when you highlight an object with your device screen. Draw a green box to expose the subject and watch it move while the drone stays still. This is what make spotlights so special- they’re half way between autonomous and manual flight control.

This tracking mode is one of the most popular and many drone cinematographers use this mode to get stunning looking drone footage. To start, you draw a green box around the subject in POI mode just like other modes before it.

Once you select the subject, then decide which side of it your drone will fly. Once this has been determined, tap Start and then the drone will fly around said subject.

Finally, you find out about the exciting new features that come standard on DJI’s newest drones. One such update is their new Follow Me mode called Active Track, which can be found within Focus Track modes. The DJI Mini 3 Pro is one of the first drones in the latest Mini line to include this excellent new feature. This particular model also happens to be one of two drones (the other being the Mavic Air) that includes both side and rear obstacle avoidance sensors – making it an even safer investment! 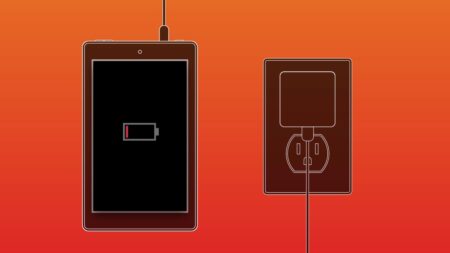 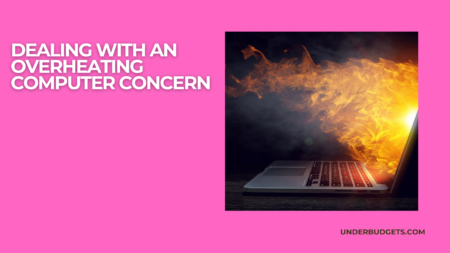 Dealing With an Overheating Computer Concern

When it comes to your computer, an overheating problem can feel catastrophic, especially if... 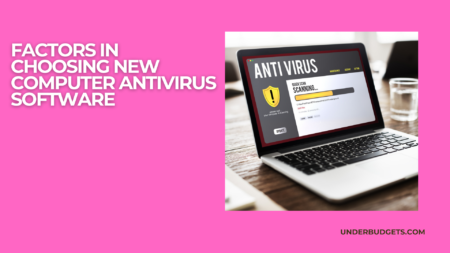 If you’re looking to upgrade your current antivirus software, there are several factors that...